A History of Striptease and Pole Dancing, and How to Pull off a Sexy Striptease for your Lover! 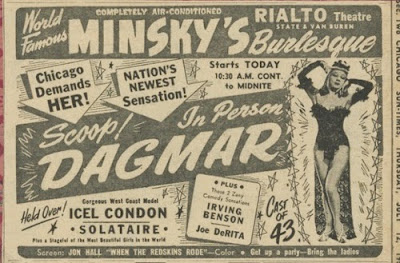 It's been a long road from the early traveling carnival and circus show Burlesque to modern day pole fitness, but one thing remains... the allure of the female form as she moves with grace and exudes sensuality. 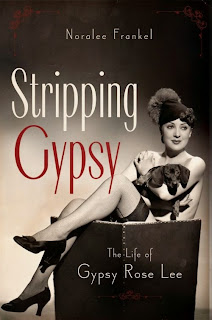 Men have been entertained by this type of dance for hundreds of years. Even though the term "stripping" wasn't recorded until 1932, the reasons for the terminology could be directly attributed to Gypsy Rose Lee, the American Burlesque performer of the early 20th century, the French performer Josephine Baker in the 1920's and 30's, and Mata Hari's act at the Moulin Rouge back in 1905. But even those "early pioneers" who popularized the form of entertainment weren't the grandmothers of striptease. Accounts of striptease in other cultures describe ancient civilizations using music and the removal of clothing for the purpose of celebration and entertainment. In Northern Africa and Egypt a performer called Kucheck Hanem disrobed in a performance called the "Erotic Dance of the Bee" where she gets naked while looking for the bee trapped within her clothes. In ancient Rome during the tradition of Floralia, people danced naked for a 6-day long celebration of spring. And there is even a biblical reference in the New Testament where Salome performs the dance of the seven veils (later "coined" by Oscar Wilde in his play) for King Herod, who some believe is actually an interpretation of an ancient Sumerian Myth of the descent of the goddess Inanna, who had to remove an article of clothing at each of the seven gates of hell.

So obviously this is nothing new, but in our more current word association, we think of strip clubs and pole dancers. Pole dancing has been popularized for the past hundred years, back when the pole holding up the tent was used for circus shows. Those pole eventually were moved from tents to bars, and then combined with Burlesque. The earliest recorded pole dance was a performance by Belle Jangles at Mugwump Strip Club in Oregon in 1968. And I would venture to guess that venues like the Playboy Club, as well as the birth of men's magazines which made the female form more visually accessible had a hand in making strip bars and topless clubs a viable business. Several decades later we continue to generally associate modern striptease and pole dancing with topless and nude bars, but we now also see the gravity defying images of scantily clad female pole athletes who exude sex appeal with their strength and physical ability. We know that men enjoy the visual delight of a woman deliberately removing her clothes. But do you have to be a competition level acrobatic pole athlete to pull off a sexy striptease? Absolutely not!

There are really only a few things you need to know before you decide to "bust-a-move..."

1. Don't take yourself too seriously. Your partner obviously thinks you're sexy. There's something, and quite possibly a lot of things, that they love about you, your naked body, and how your bodies come together. Use your knowledge of your lover to create the perfect dance. Highlight their favorite areas. Maybe they love your breasts, your legs, your butt, your feet?! Tease them with those places on your body.

2. Don't wear something that is difficult to take off. Pants may "go on one leg at a time," but they can be a disaster to take off while you're trying to be sexy and dance... dresses and skirts are best so you can play with them bu pulling them up, or sliding them off.

3. Don't be drunk. Yeah, you might need some liquid courage to help fight those feelings of shyness or insecurity. But you might not filter those high school dance moves that haven't come out since 1990... A sloppy stripper scenario could be fun for some role playing, but if you really want to surprise them with a sexy striptease, let them really see you, awkward moves and all. They will love knowing that even though you're not a professional, you're taking them time to do this for them.

4. Do take the time to prepare. Pick a song that you like to move to. Even though they won't remember what song was playing, you'll be having fun and them watching you have fun is part of what makes it sexy! Set the mood! Dim the lights, or put red bulbs in your lamps to create the desired effect. Shower, primp and prep your body for what comes after the dance.

5. Do learn some moves. Let's face it, if striptease were easy, we'd all be doing it. There are signature moves that give you the look of the pro's. There are ways to move your body that accentuate your best assets. And conversely there are things we do with our bodies that simply, just don't work.... Learn from a professional. Take a class. Even an hour of instruction will give you tons of tips that you have in your pocket and ready to go at the drop of a hat! Invest in yourself.

Striptease boosts your self-esteem, gets you in touch with your body, and all that juicy energy translates into your romantic life. It's a win win for everyone ;)

To hear my interview with Celeste Ayers, owner of Polarity Fitness, listen to Ep. 30 on Play With Me on Playboy Radio! 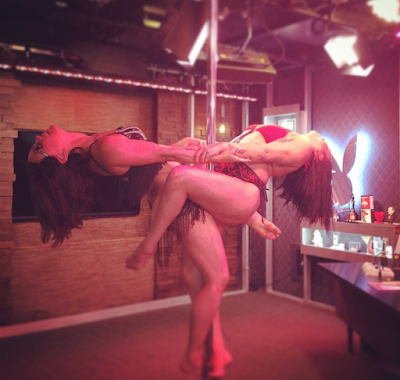